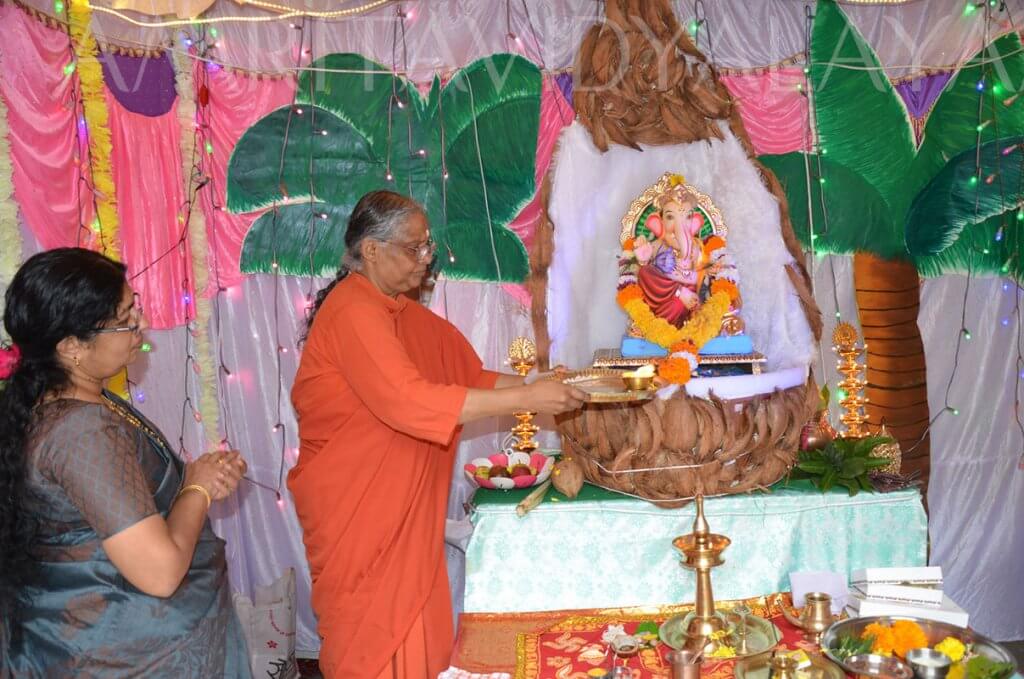 Festivals build group cohesiveness. Festivals educate, bring people together, break the monotony of routine and gives us a chance to re-energize our body, mind, and spirit. Ganesh Chaturthi is a Hindu festival. People believe that Lord Ganesha, the symbol of wisdom, bestows his presence on Earth during the festival and removes their obstacles. With such a belief, Amrita Vidyalayam & Jr. College organized various activities on the auspicious occasion of Ganesh Chaturthi. In the school assembly, information on Ganesh Chaturthi was read by Basavraj Karadi of Class VI.

This year, we were all eagerly waiting for the arrival of Lord Ganesha on August 31st . The idol was put in place by our respected Principal Swamini Pavanamritha Prana and Indulekha Madam along with teaching and non-teaching staff. After all the rituals of welcoming Lord Ganesha, Aarti was performed and Prasad was distributed to everyone.

On the last day, a procession took place in which a ‘Rath’ was decorated with flowers for the idol of Lord Ganesha, dhol tasha was played, and a dance performance was presented by the students in the procession. The sole purpose of the celebration was to let the students stay rooted in Indian culture and to enable them to understand the significance of this festival. 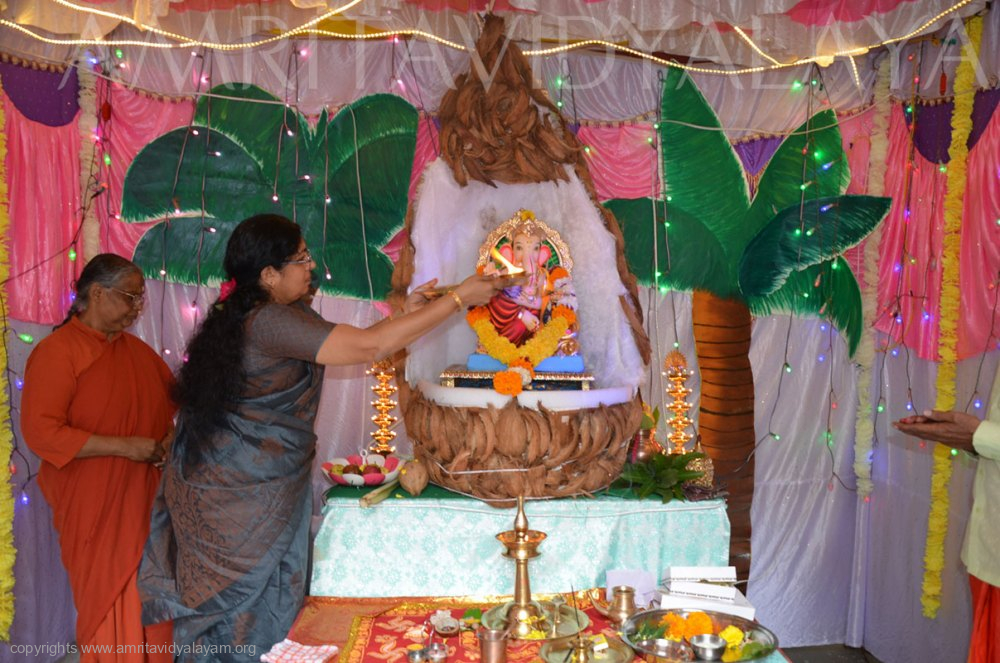 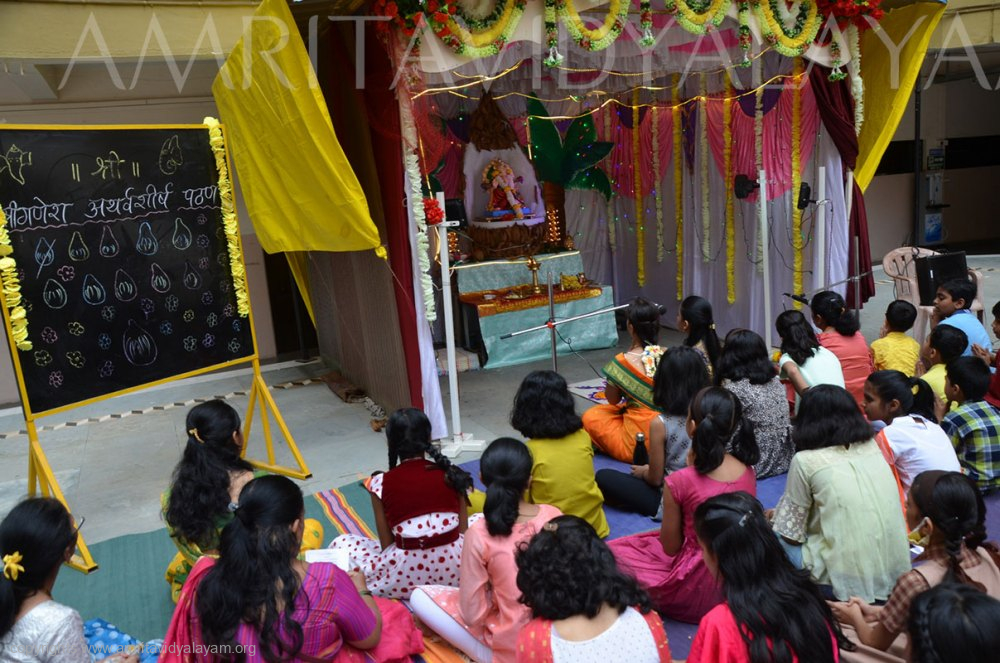 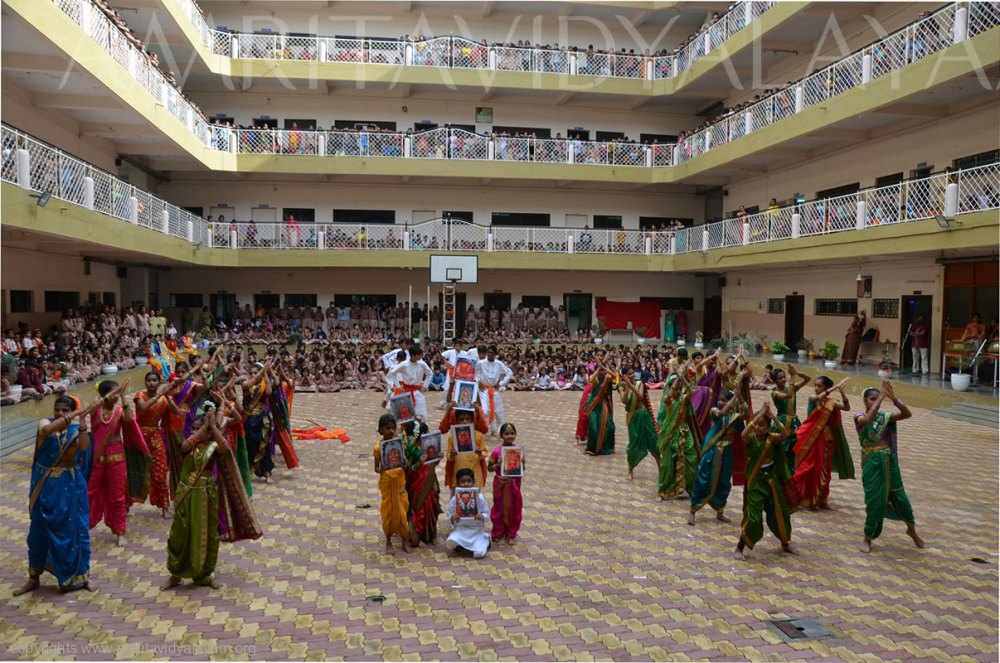 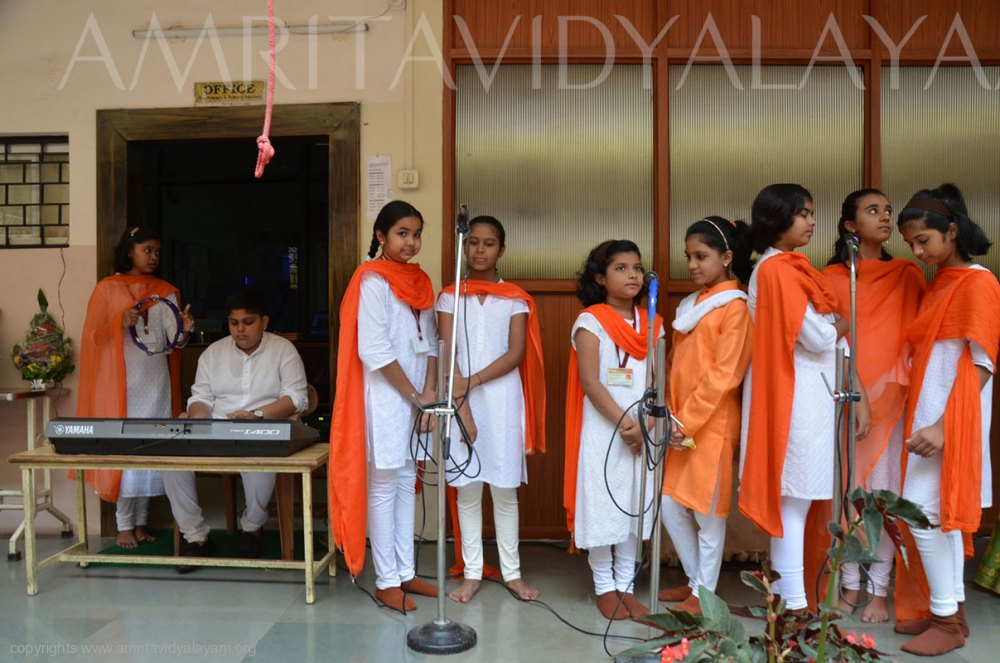 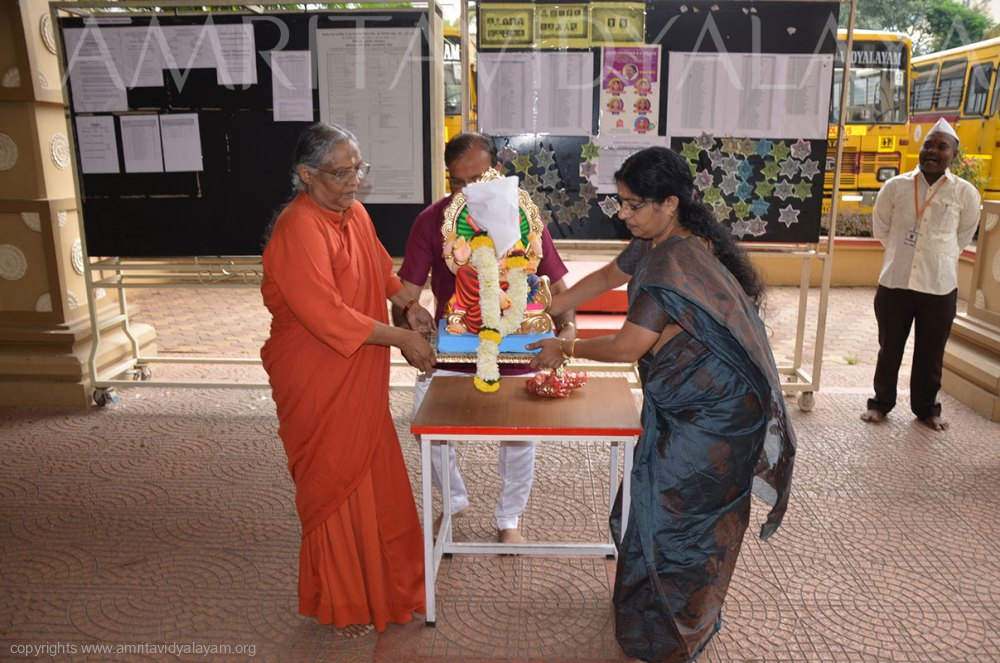 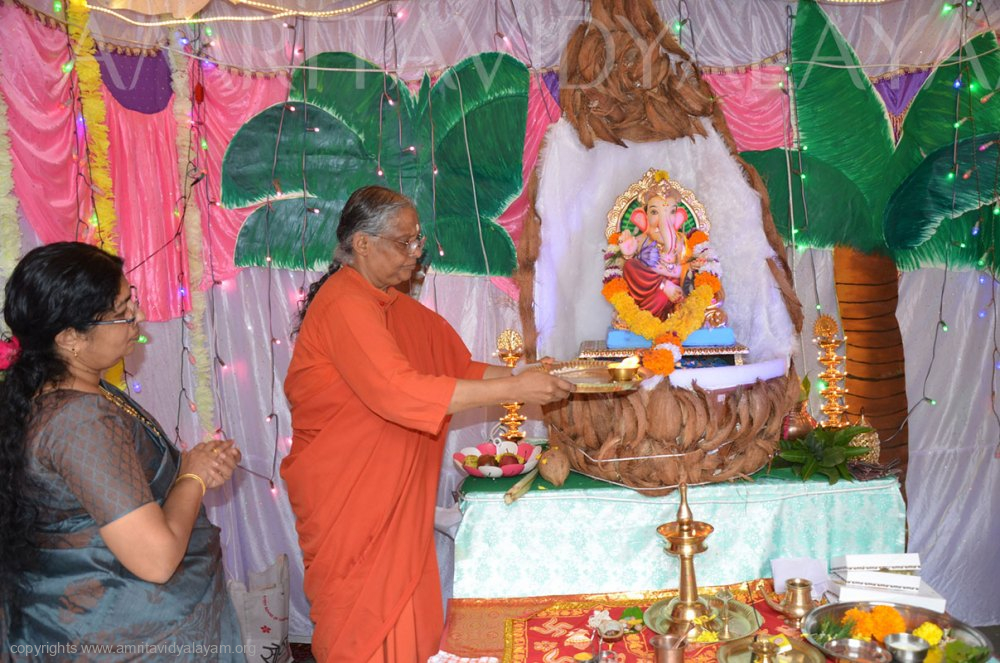 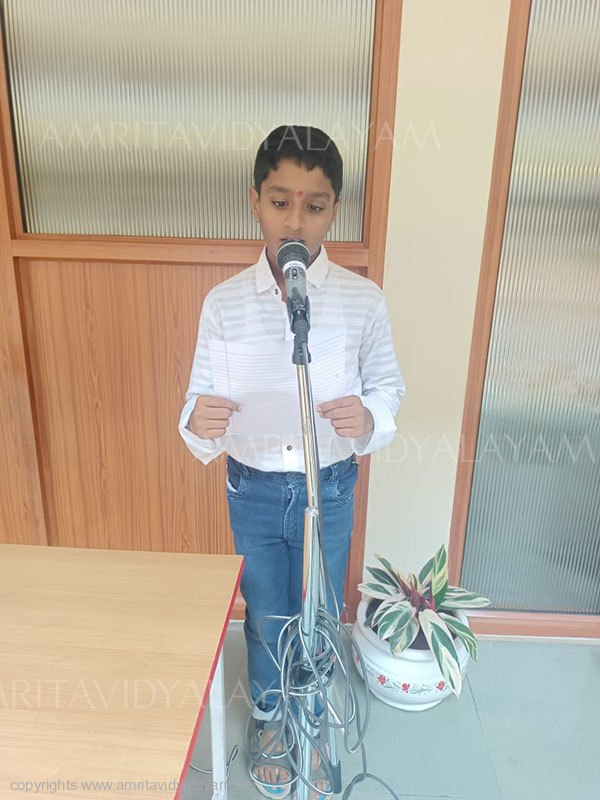 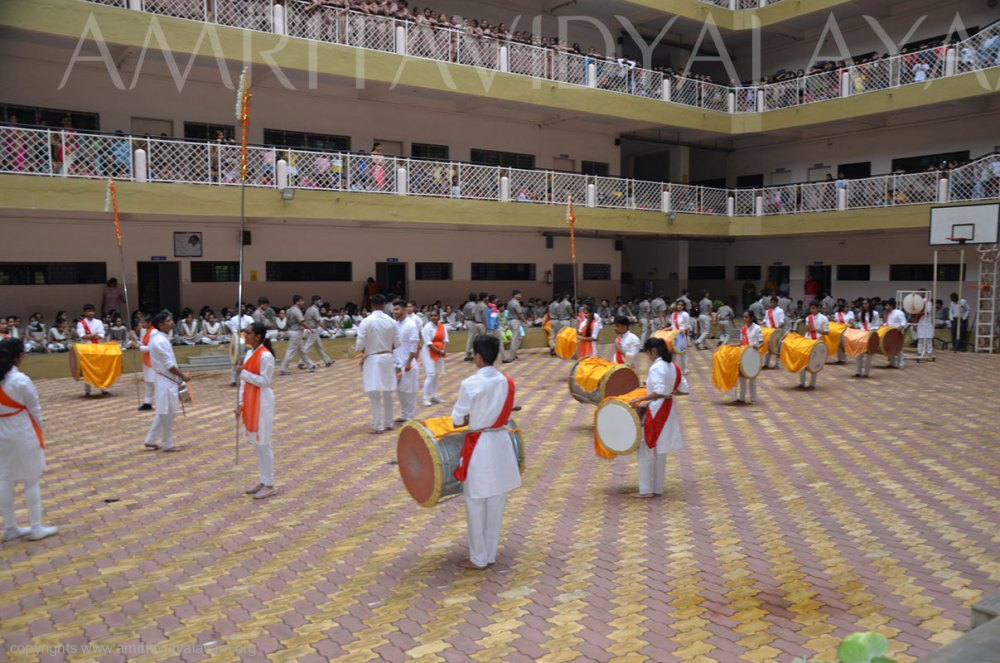 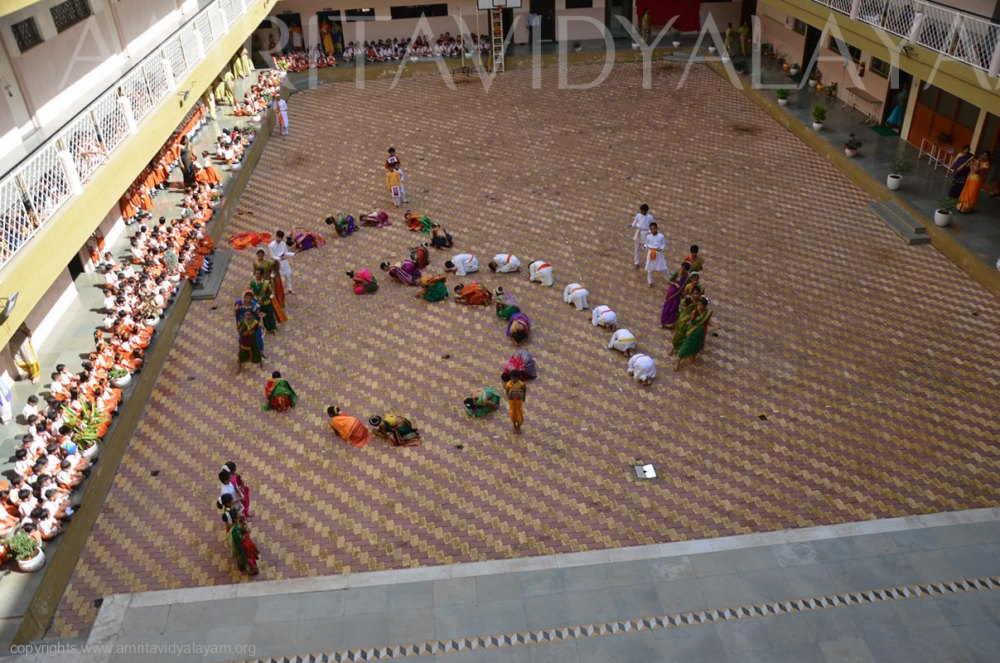 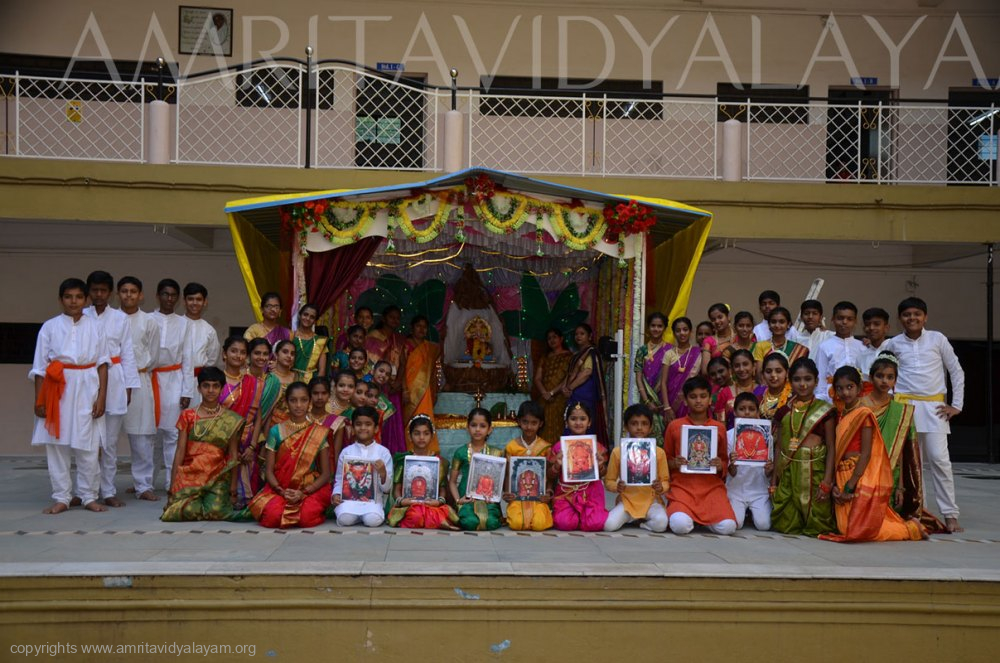 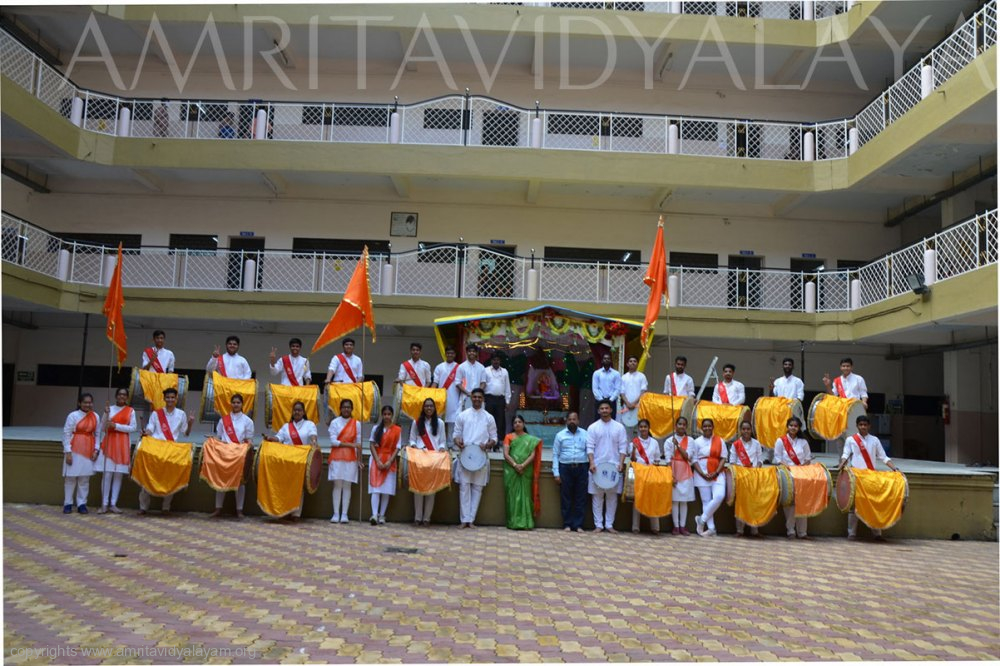 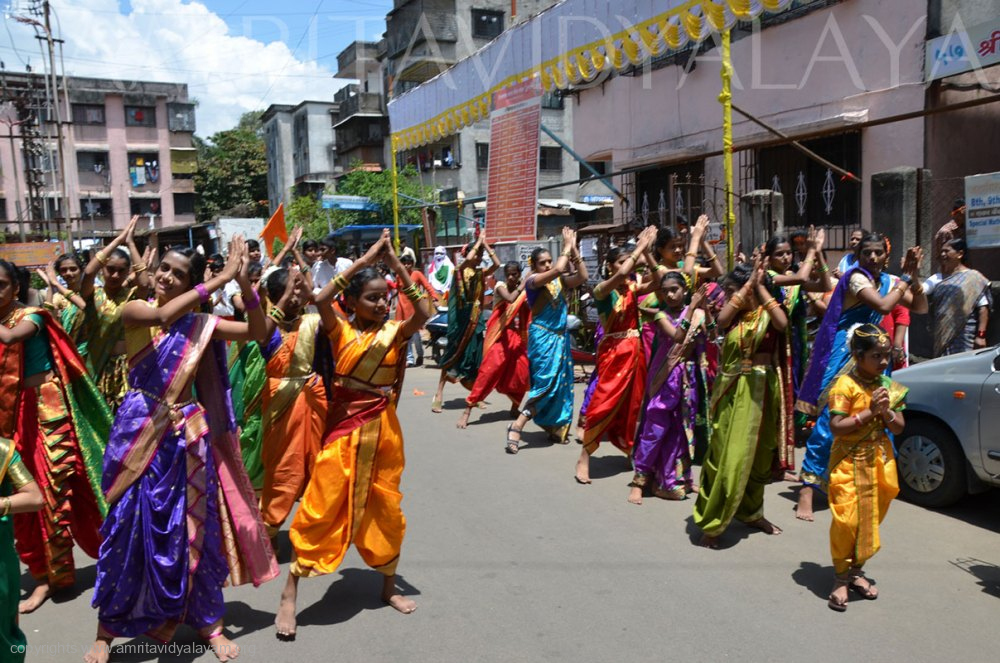 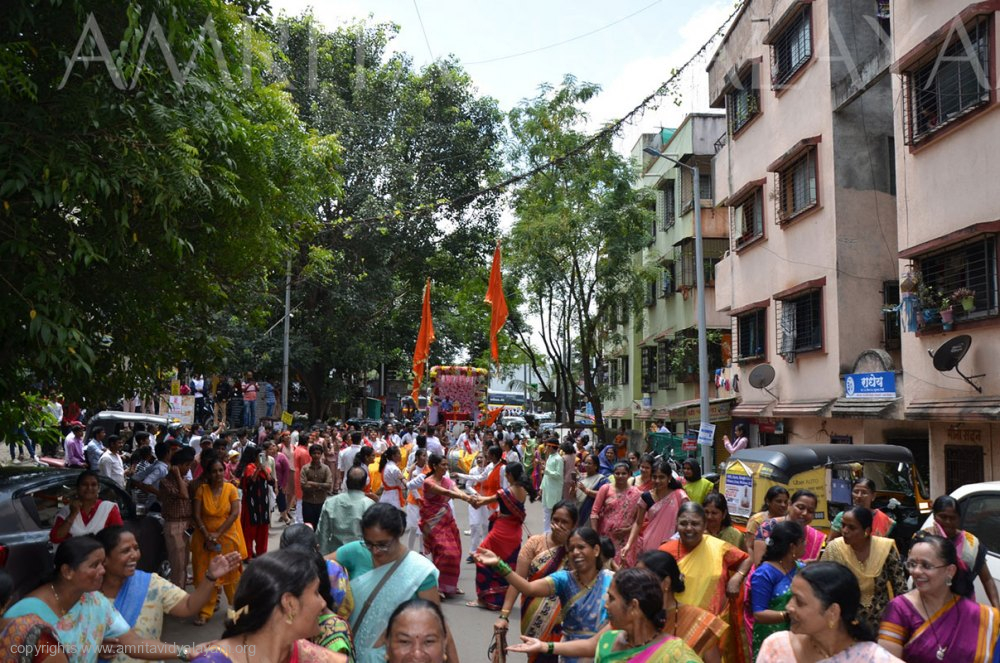