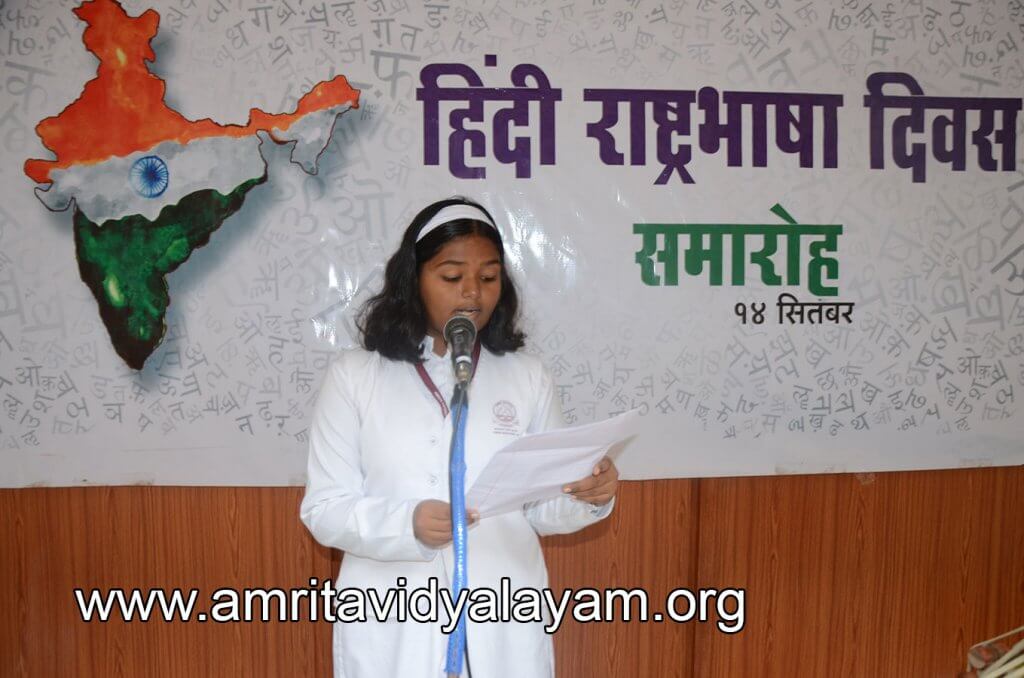 Being one of the most diverse nations in the world, India is a place where numerous traditions, customs, religions, and languages flourish. Among all the languages, Hindi is considered the main as well as widely spoken language in India.

Hindi got an exalted status in India on September 14, 1949, when it was adopted as the official language of the country. Since then, September 14 is celebrated as ‘Hindi Diwas’ to pay tribute to the official language of India. Today Hindi has the status of ‘Rashtra Bhasha’. In today’s highly commercialized environment, where people are forgetting their roots, Hindi Diwas plays a significant role. The celebration of Hindi Diwas stands as a patriotic reminder to the Indian population of their common roots and unity.

On the occasion of Hindi Diwas, Amrita Vidyalayam &Jr. College had organized several activities to mark the importance of our national language. In the school assembly,Purva Pawar of ClassVIII delivered a speech about the dismal state of the usage of Hindi in our county. She stressed that someone who speaks authentic Hindi is not one who is left behind in society. Instead, he is one who deepdown inside is carrying ahead the uniqueness of this beautiful language. It was followed by a Hindi group song which was performed by students of Class IX. Further,a Hindi Essay competition was conducted in which students from classes V to X participated with great enthusiasm and zeal. Every year we conduct such competitions which help students to explore their Hindi language proficiency with different hues and flavours. 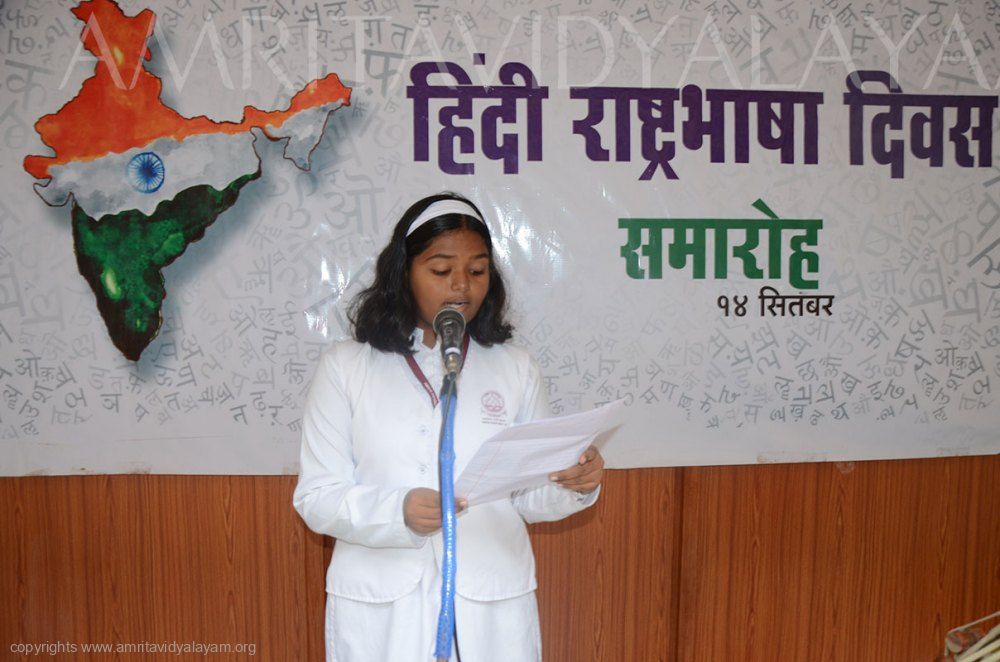 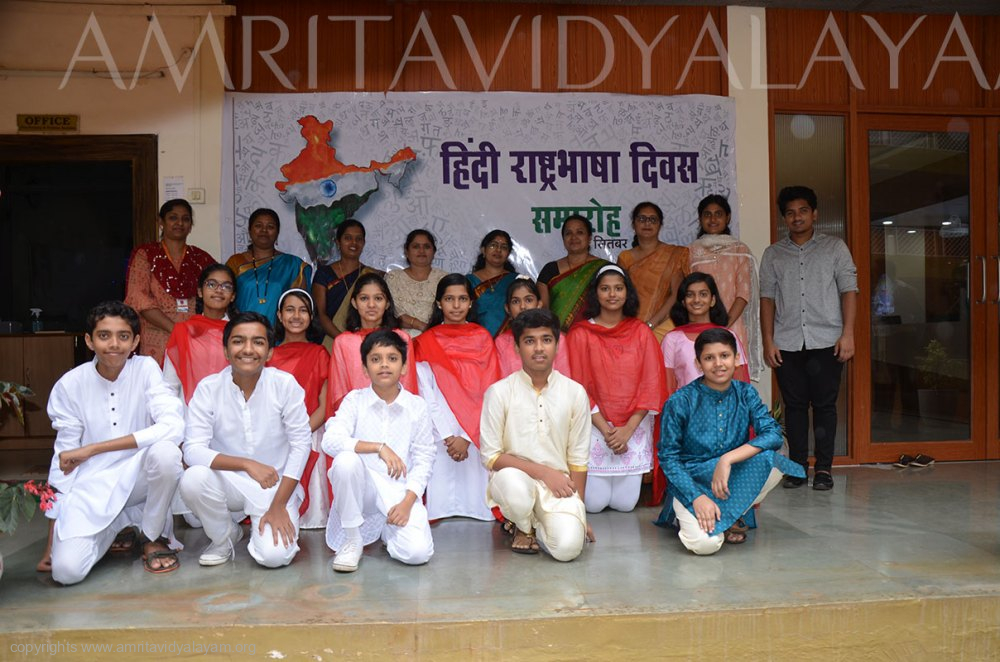 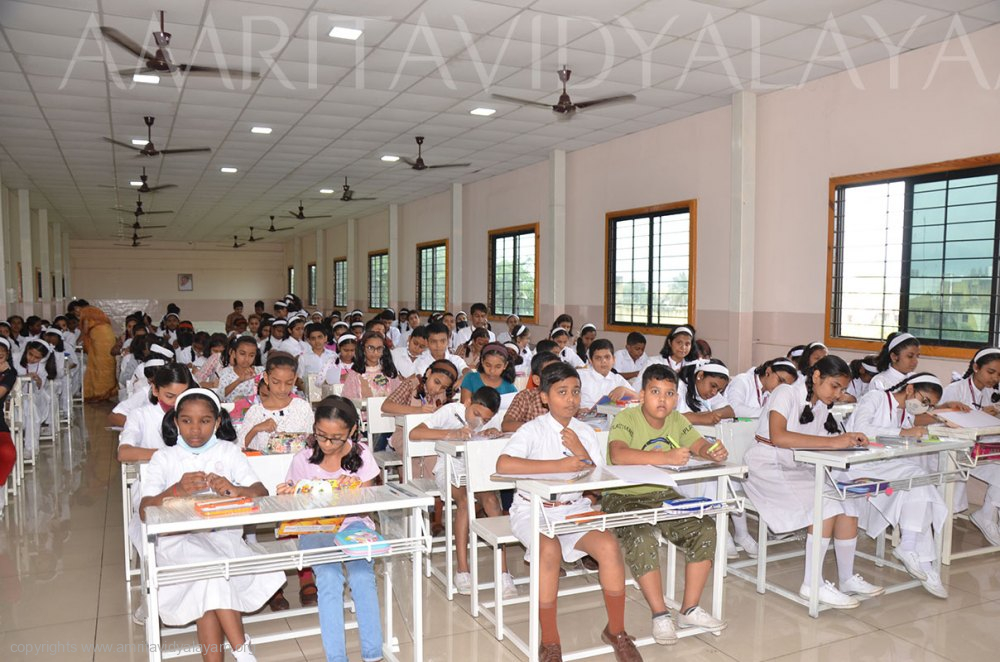 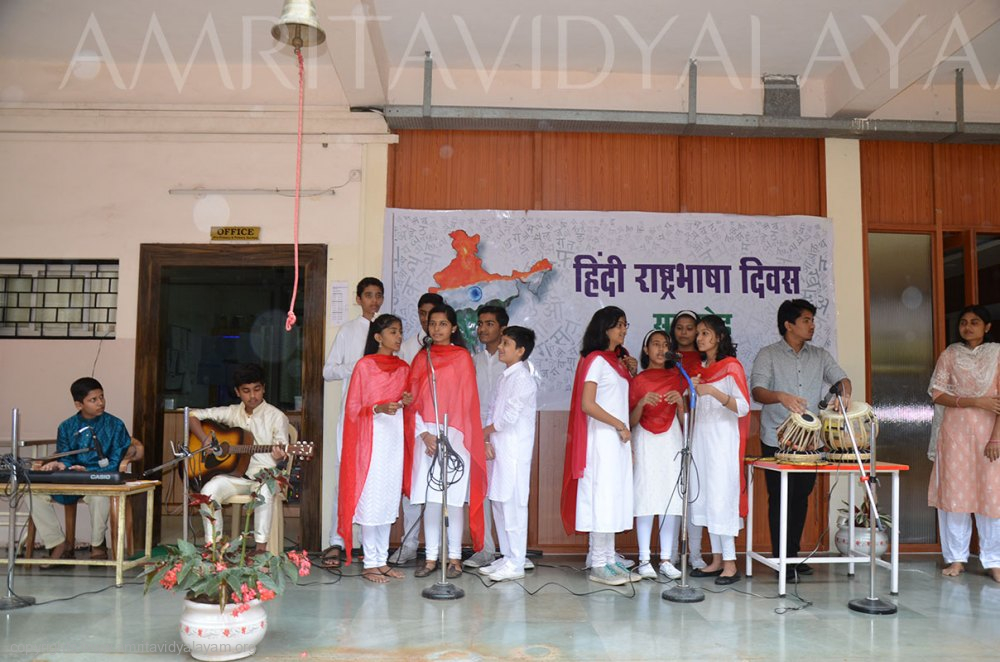